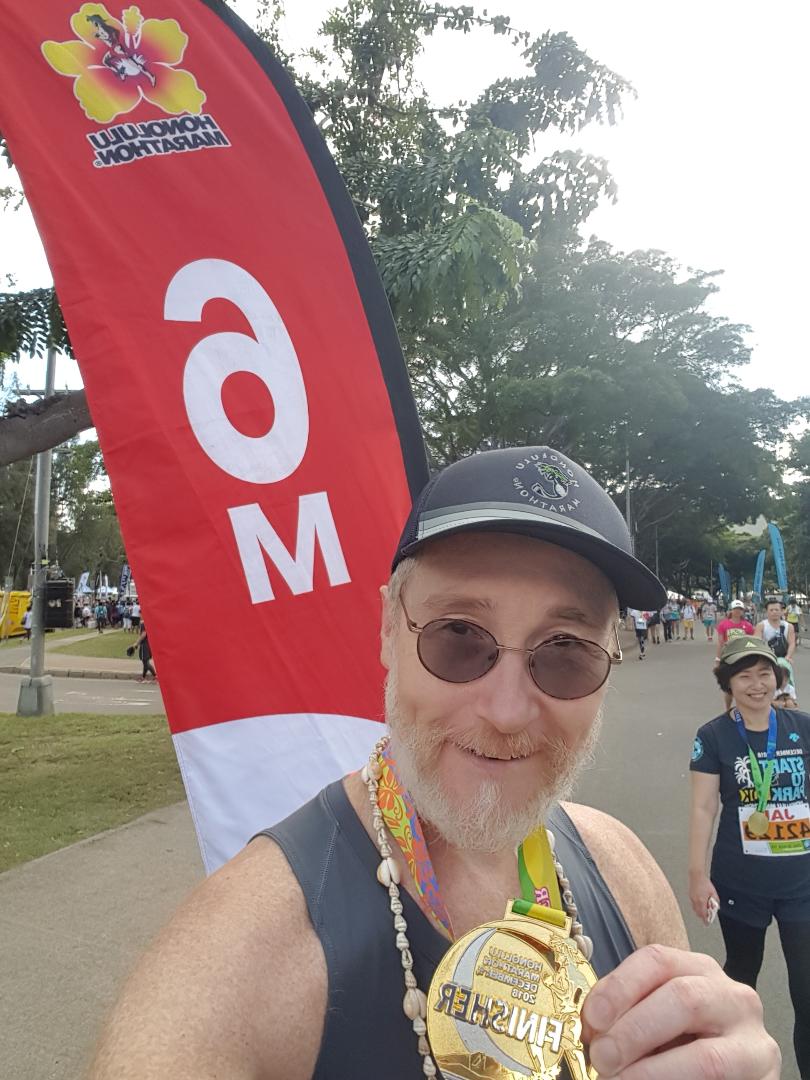 Well, it’s that time of year again. I’ve seen a few 2018 End of The Year reviews by other bloggers and thought I better get mine written before we start talking about spring marathons!

It seemed like a busy year and I didn’t expect to see fewer miles at the end of 2018. On a few occasions people would say, “didn’t I see you at a race yesterday” or “didn’t you just post on Facebook at another race” or “do you run every weekend?”

Usually the answer to those questions was yes!

On September 3rd on Labor Day Weekend I ran the A Run For Gratitude Mr 8K in Boston and then drove to Malden and ran Irish American 10K. It was blazing hot that day and I had a touch of heat stroke that weekend. Not fun.

I posted from The Boston Garden about the Martin Richard 8K and when I got to Malden a few people asked if I was just in Boston. Even with the heat stroke, that was a fun day.

Over several stretches I raced every weekend for three weeks in a row. Several times I ran two races on those weekends also.

Then I didn’t race from July 15th to September 3rd. I do a lot of events for my job over the summer which makes racing difficult.

It seemed like a busy running year, but I was busy with work and family also.

In 2017 my injuries didn’t act up until The Eastern States 20 Miler in March. I felt a twinge in my left knee in the first five steps of that race. By the end of the race my knee was okay but I was totally wiped out.

Throughout the rest of 2017 my knee bothered me but I was able to work through it. For many 5K and 10K races I was able to run under an 8 minute pace.

I developed swelling on the inside of my left knee. I got checked by an orthopedist and my PCP and neither one thought it was anything to be concerned with. I was able to run and an x-ray didn’t show any problems.

The swollen area didn’t hurt and what ever was under the skin was solid. I never did see my x-ray but the doc said I didn’t have anything to worry about.

As 2018 progressed my knee hurt less and by October the swelling started to go away. I’m not sure what happened. I didn’t take anything for it or change my routine very much. But the swelling is almost all gone now.

Even with the recovery I didn’t run many 5Ks at a less than 8:00 pace. For most of the year I felt slow and out of shape.

On September 30th I ran my first of three half marathons in 2018. I hadn’t trained very much and still felt like a walking box of lard. But something happened during that race.

I started slow and planned to take it easy. The early miles went well and I fueled early and hydrated well. By mile eight I hooked up with another runner and we killed the last five miles. Our pace increased each of the last three miles and we basically sprinted the last two miles. I’ve never finished a half marathon feeling so strong. It was The Smuttynose Rockfest Half which I’ve run before and always felt destroyed at the finish line.

What was so great is that I felt in control. I always try to have a plan and run the plan, but this time I blew away the plan and ran very well. It still makes me feel good just thinking about that race.

The next weekend I ran the BAA Half, ran my plan and had a good race. Three weeks later I ran The Howling Wolf Half at an 8:55 pace on a more challenging course.

I wasn’t sure what was going on but I felt healthy and I was running strong.

On December 9th I ran The Honolulu Marathon for the second time. In 2017 I crashed and burned on this course. My pace was 10:34 due to five pit stops and plenty of walking late in the race. My knees were bothering me after 18 miles or so. Everything just went wrong.

I had prepared to run in the Hawaii heat, but apparently not enough.

For 2018 I didn’t train particularly hard. October and November were both about 70 mile months. Nothing crazy.

But during those late year half-marathons I started fueling early. I also started paying a lot more attention to my pace. I always like to be in control, but I was on top of it now. I had my shit in tight little baggies aka I got my shit together!

When I got to Honolulu I wasn’t sure if this was going to work. I prepped last year and still fell apart.

In 2018 I really discovered how important it is to know the course. I knew the first hills came about the 10K mark. I knew not to push the early hills and I kind of knew where the hills were.

I ended up making one pit stop because my pre-race routine got screwed up. At one time I tried to walk but my legs wouldn’t let me.

I ran all of the hills on the way back and cruised down the last hill to the finish.

After the race, besides chaffing, nothing really hurt. My sister even said she could hardly tell that I’d just run a marathon. I don’t think I’ve ever felt that good after a marathon.

I have no idea what is going on. I feel good and I’m running well.

2018 is ending on a high note and I have no explanation.

What running year end review would be complete without a few numbers?

My third goal is to add another state where I’ve run a marathon. Running Boston again would be great, but I’m not counting on it.