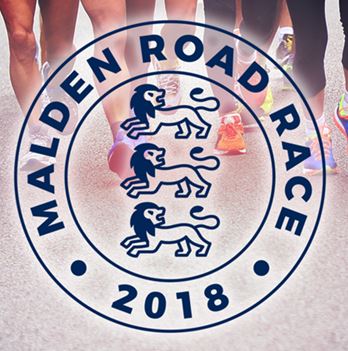 The Malden Rotary 10K and The Irish American 10K Road Races are well established institutions in Malden which set a high bar to meet.

C5K Sports has been managing 5K races in Cambridge for quite a few years. In 2016 C5K introduced The Cambridge Half Marathon which has been well received by local runners and is a well managed event.

C5K brought their A game to Malden and produced a well attended and managed running event. In my opinion they met the high bar set by their predecessors.

Approximately 1,500 runners registered for the race and 1,128 finished the Malden Road Race 10K.

C5K has a unique bib pick up/number assignment process. Instead of pre-assigning runners a bib number, they assign bib numbers as runners pick up their bib.

They are the only local organization using this system. It makes bib pickup quick, convenient and easy. All other races have people searching through piles of bibs or packets to find your name or number.

The C5K system is much easier on the people handing out the bibs as well.

The volume of email sent between signing up and race day was kept to a minimum. Often races send so many emails that eventually I stop reading them. I often receive emails from the timing company, management company and sometimes the organization the race is a fundraiser for.

C5K kept the email to a minimum and I still felt informed and up to date on the details.

C5K even had the course measured and USATF certified. Not every race does that or they use a pre-established route and it’s certification.

C5K had some well established Malden businesses sponsor the race. Piantedosi Baking Co, Dom’s Sausage Co and Hoff’s Baking provided the food and Piantedosi’s parking lot was used for the after race party.

There was plenty of great food and beverage for all. While the Malden River may not be the prettiest river in Massachusetts, it was still cool that the Piantedosi parking lot was right on the banks of the river.

The registration table and shirt pickup table were well staffed and thew bag drop was pretty easy also. They required ID to get a hand stamp and two drink tickets. I think the entire adult beverage management system was well handled.

This 10K was 1.8 miles from my house so I walked over. There are only a few races within walking distance of my house so I like to take the opportunity when I can.

It’s a good way to stretch out the legs before a race and walk off the lactic acid after a race.

I was fairly early and went through the bib and shirt pickup process quickly. After that I wandered around the Piantedosi parking lot checking out the vendors. Dom’s was setting up some grills and Idle Hands was rolling in some kegs.

They also had team tents from groups of 25 or more and a large sound stage set up. It looked like this was going to be a rockin party! After checking things out I walked back out front and met Jackie Ecker and her fiance Tim. Soon we saw Jessica Crispin and Christina DeCalogero. We knew that there were other Melrose Running Club members around but we didn’t see them.

Jackie wanted to get a picture in front of the race back drop before it got crowded. So the four of us got together for a few quick snap shots. Before we knew it they were calling us to line up in the coral.

The had people holding pace signs so that people could seed themselves properly. I lined up in the 9:00 to 9:59 group. It’s been a slow summer for training for me.

They fired the starting gun and we were off! We started on Commercial Street in front of Piantedosi Bakery. It was a quick right onto Medford Street for about a half mile out to The Fellsway. We took a right and I felt like the race was on. We hit mile one where The Fellsway West splits off to the left. My pace was 8:34.

I’ve run this piece of road several times during the Irish American 10K. I knew that shortly after crossing Pleasant Street by The Immaculate Conception the hills would begin.

We hit the first hill around the 1.1 miles mark. It’s a 36′ climb of two-tenths of a mile. There’s a short reprieve where the incline slackens and then at mile 1.6 we start a 140′ climb over 0.7 miles. It was a hot day and I was passing a lot of people climbing up these hills.

Over miles two and three we had gained 197′ and lost only 48′. I had managed to keep a pretty steady pace over those hills!

We took a sharp right onto Washington Street and had some much welcomed shade and cheers from a few people along the way. I even saw a few Melrose Running Club folks and we were able to exchange a few words. It made it feel like this was my home town race!

Washington Street joined up with Pleasant Street and was almost exactly the four mile mark. We had lost 115′ in elevation and my mile pace was 8:32!

At about 4.50 miles we passed Oak Grove T station and took a right onto Glenwood Street. I’ve run this road many times and knew it was all rolling hills. Thankfully we took a left onto Summer Street at about 4.75 miles and only had to run about half of the Glenwood hills!

We hit five miles about half way down Summer street and my mile pace was 8:55! The heat was beginning to get to me! I took a water and a Gatorade at the next water stop.

Summer took us into Malden Center and past the fire station. The road had turned into Pleasant Street again which lead us back to Highland Avenue. I knew that the final turns were near. If the course was measured properly I was probably a half mile to the finish. I hit mile six on Charles Street just before the rail road bridge. My mile pace was 8:37. I had managed to rally a bit for the last full mile.

Just after mile six we took a right onto Commercial Street. I knew we were close but wasn’t sure if we would finish in the same spot we began. It had almost looked like they were going to have us finish in the Piantedosi parking lot. It made sense to me.

At I got closer to the bakery building I could see the finish line on Commercial Street. There was a guy a few steps behind me and I could tell he was picking up the pace.

I was so close to the finish that I decided to give him a run for his money. We both “sprinted” to the finish and I came in just a few steps ahead of him. I think our finished escaped photographic documentation, but the crowd saw us racing and gave us a few cheers!

I came in 365th over all and 15 out of 33 in my age group. For being as poorly trained as I was, that was a good finish. This race drew a lot of strong runners with a good showing of runners from the GBA and Somerville. Somerville Road Runners actually had a large enough group to have a tent!

Melrose had 13 club members run but only three registered under the club name.

It was a competitive group to run against and I am satisfied to finish as well as I did against such a strong group of runners.

Melrose Running Club came in 28 out of 34 teams and I was the number two runner for our club! I didn’t even know until I was looking up the results just now! I don’t think any of us gave the team competition any thought at all. 28 gives us plenty of room to move up next year!