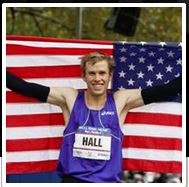 Run a 5K with Ryan Hall?

This year at the Rock ‘n Roll 5K in Phoenix, that’s what many 5K runners got to do. The 5K is part of the Phoenix Rock ‘n Roll Marathon, Half-Marathon, 10K and 5K Remix Challenge. A weekend long celebration of running.

Several elite runners including Ryan Hall, Steve Scott, Ben Bruce, Dylan Wykes, Stephanie Rothstein Bruce and Alan Webb served as pacers at the first ever Rock ‘n’ Roll 5k in Arizona. The 5K was run the Saturday before the big events on Sunday.

Only in running can the average athlete participate on the same field and the same event as the elites. It is one of the many things that makes our sport special and exciting.

Meb Keflezighi is scheduled to pace the Rock ‘n Roll San Antonio10K on December 4th, 2015! And he’s running the marathon the next day! Meb will be taking it easy and pacing the 7:30 group for the 5K.

I don’t think many people will be keeping up with him for the marathon.

Imagine running two races with Meb? You can at the San Antonio Rock ‘n Roll Remix Challenge this December!

Check out the full schedule of Rock ‘n Roll Marathons for details and who will be there.

This post was not sponsored by the Rock ‘n Roll Marathon Series, but I’d consider a complimentary entry! It sounds like a wicked good time!