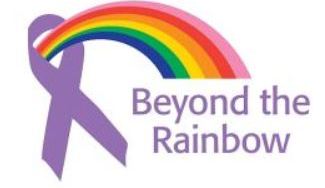 These races are part of LOCO Running’s “Will Run for Beer” Series. These races are not part of the Melrose Running Club Race Series, but we had 6 runners from the club run the 5K and three ran Great Bay.

I was fortunate enough to get a ride from Cynthia Berger and Diarmuid Cahill joined us for the ride up to Newmarket, NH. The ride is about an hour so it definitely made sense to carpool.

In the past the race bused runners from an office park to the start area.This year the races were smaller so they had us use lots and side streets in town to park. I’m not sure why the race was smaller, but I’m sure no buses helped keep fees from rising. I counted 773 runners between the two races.

As usual the number and shirt pick up were in the Newmarket Mills building. The well restored mill building houses many shops and makes a great place to base a race. They were well organized and the crowd seemed smaller, so pickup was quick and easy.

Durm and I were just running the 5K so we were pretty much ready to go. Cynthia was running the half and realized that she didn’t have any pockets. After triple checking top and bottom she decided to stash some glucose tabs in her phone case.

We headed down to the church for the bag drop and walked down by the river. They had two porta potties and a short line, so I stepped in line.

It was about 15 minutes until race time so we headed up the hill to the start area. Cynthia was doing the half and didn’t want to be near the front and start fast. So Durm and I headed closer to the front. We were still about 50 people back from the front. When I turned around it looked liked thousands behind us.

I took a few photos and did some last minute stretching. They played The National Anthem and started the race.

Running Beyond the Rainbow 5K

We were across the start line in no time. The race starts on a down hill, levels out and then goes up a hill before our first right onto South Main. The crowd was pretty tight with all of the 5K and half marathon runners starting together. Durm took off up the hill and I decided to run my own race from the start. You can really feel a hill early in a race. We did very little pre-race warm up which is always a mistake in a 5K.

Our next right was onto Beech Street Extension and into the neighborhoods. There were a few people out and it was great to see and hear the little kids. Kids love a parade, so seeing a bunch a runners come down their street must be really fun for them.

The race winds up and down the streets to get our distance. Most of the way through this loop we hit mile one and my watch said 7:19. Not bad considering the start, hills and the crowd you always get in the first mile of a race.

At about a mile and a quarter into the race we left the neighborhood and turned left onto Elm Street. This is a main road in town and joined up with Main Street just after we hit mile two. Mile two came in at 7:47. There were a bunch of hills in that mile, but I was beginning to feel my laziness.

Soon after we hit Main Street we crossed the Lamprey River and headed towards Dame Road. Dame Road is where the 5K runners would split off and the Half Marathon runners would head out into the Great Bay Reserve.

As we approached the turn onto Lamprey Street I was glad to be making the turn, but a small part of me wanted to go for the long run. We looped back onto Main Street and crossed the bridge. As we were making the turn I saw a few people that I knew were running the half.

We were almost done and they were just past the two-mile mark. It really surprised me at the time. But we were running under 8 minute miles and they were probably running 9 or 10 minute miles. I had also started near the front.

After we crossed the bridge there was a small hill. By now the crowd had really thinned out. I pushed up the hill as hard as I could and began to look for the finish. I was ready.

I crested the hill and saw the finish line. It looked so far away. I gave my last kick to the finish and watched the clock as I approached. I was going to get under 23 minutes! My official time was 22:46 for a pace of 7:20.

In 2015 I got my 5K PR on this course with a pace of 6:50. The race was also short, so I have to consider that a course PR because I’ll never come close on an accurate route.

After Running Beyond the Rainbow

For many of us, this race is about the party. I’ve run the half three times. By the time I’ve finished, the party is mostly over. For the 5K runners it’s a fantastic party.

I saw Durm sitting on some steps resting and my buddy Brian Sarro was sitting on the curb catching his breath.

Durm came in first in his age group with a time of 21:37. Brian Sarro came in 34th and I came in 35th. Durm also set a 5K PR. I did trade places with Brian twice on the course. We were running so hard neither one of us said a word! Then it was off to the party at the American Legion Hall! Our friends already had two tables going. After saying hello and dropping my gear I headed for the beer table.

Henniker Brewing Co was the sponsor and they had an IPA and an Ale. I only had a dollar and some change for the tip jar. I sheepishly dropped it in the jar and and said it was all I had. I grabbed one of each beer and headed back to the table.

My friends Derek and Lisa Hentschel had just returned from a vacation in Jamaica. Both of their kids are now out of college and this was their first vacation in years. They both looked happy and well.

Slowly the half marathon runners came in. Cynthia Berger looked a little tired but had a pretty good race. The hills are always challenging out there. Jeff Rushton showed up and had a few beers with us also. It was almost like old times.

I had a few more beers than usual, but we had a designated driver. We all take turns. On our way out we walked around a bit and picked up a few left over Cliff Bars. It was good to stretch the legs a bit before our drive home.

Maybe next year I’ll run Great Bay again. This year the Beyond the Rainbow 5K was enough for me.