It’s time to review my 2019 running goals and take the lessons learned along the way. Have you had a 2019 running review to take some lessons? 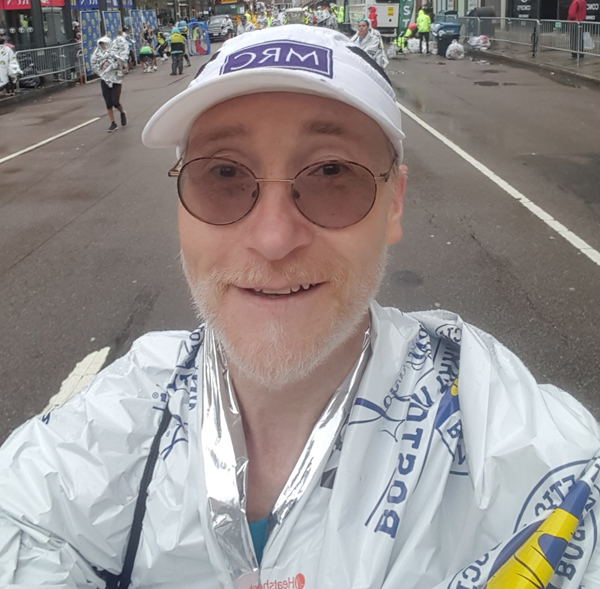 It’s that time of year to look back on the past twelve months and look forward to the coming year.

I don’t like to make New Year’s Resolutions as they seem to be short lived by nature. I prefer to set out goals for the year. They are pretty much the same thing but goals tend to persist. I started the year off with The Hangover Classic 10K in Salisbury, MA. Over the past 10 years, I’ve run this race seven times. One year I ran the 5K with my daughter, another year I ran another race.

Getting 6.2 miles under your belt on January 1st is a great way to start the year.

There are a few races I run almost every year like The Hangover Classic, but I like to mix things up.

A few times in 2019 I gave away my registration due to unforeseen conflicts. Over the years I’ve been the recipient of such generosity.

A few years ago I had to pass on to a colleague a Boston Marathon charity bib with the fundraising obligation covered! That’s like a Willie Wonka golden ticket! Who hasn’t seen an Umpa-Loopa somewhere out there on Comm. Ave? The BAA 10K is my only streak race. I’ve run each one since they added this race in 2011. My goal is to keep running this race until I can’t run anymore.

It’s a great 10K that starts on The Boston Common, runs out Comm Ave to the BU Agganis Arena and turns around.

Held the 3rd Sunday in June, it’s usually hot. Sometimes blazing hot. A few years ago in poured cats and dogs right up until the race started and then turned into a sauna. Steam was rising off of the pavement!

It’s a massive race with well over 5,000 runners. There are so many runners that they start the race in waves. I’m not sure if they did this early on but the race has become very popular.

I was fortunate enough to get a 2019 Boston Marathon charity bib again. This was my ninth time running Boston over the past 17 years.

Between work and laziness I didn’t do all of the training that I should have. My training went pretty well and I had a decent 20 mile long-run. Better than some of my previous year’s 20 milers. In November I traveled to Philadelphia with two friends to run The Philadelphia Marathon. While not my first destination marathon it felt like it.

Leading up to Philly I ran five half marathons for training. All of them felt pretty good and were well under two hours. The relative success of these comfortable halfs had lulled me into complacency.

But experience kept reminding me to respect the distance and that you get back what you put in.

Philly is a great marathon and I’d encourage anyone to run it. It is a big city marathon but doesn’t feel as big or produced as Boston.

The weather was cold, it rained the last hour of my run and I did not execute well.

The race organization left a few things to desire, but you can read about that in my Philadelphia Marathon Review.

When you have three marathons on your calendar you do a lot of training. By the time my third marathon came around, The Baystate Marathon, a certain amount of joy of the run was missing. I ran my 2nd fastest marathon at Baystate – 3:49, two minutes off my previous year’s finish.

That same year I ran one of my most magical races, The Bay Of Fundy International Marathon. I went with my oldest sister and we ran into friends of hers, went to the runner’s dinner and met a physics student from Heidelberg. He had hitch-hiked from Boston and was Air BnBing on someone’s couch. Everyone in town knew him!

He didn’t have a ride back to Boston, so I drove him. We spent the night at my sister’s and I think he had a great experience with us Americans. I dropped him off at North Station so he could get to Syracuse University for some physics experiments.

2019 was my 2nd highest miles run. So having a goal, even without three marathons, helped me.

Over the past seventeen years, I’ve had a variety of injuries. These effected the number of miles I ran and my speed.

Runners are always learning and avoiding injury and recovery is probably the most important lesson to learn.

My knees bothered me so much in 2018 that I consulted with an orthopedist and had PT. By the end of the year I was well enough to run Honolulu and improve my finish there by almost eleven minutes.

In the past, if I had inflammation I’d take the maximum dose of ibuprofen. And I’d do this for months at a time.

In 2018 I stopped that and began to use spices with anti-inflammatory properties. It may sound crazy but I ran Honolulu in December 2018 and didn’t have any significant running issues in 2019.

Looking back on 2019 that seems pretty remarkable to me. I probably took 5 ibuprofen all year and those were for headaches.

Food as medicine is real.

In 2018 my sister also turned me onto Arenica gel. It’s a topical anti-inflammatory and it seems to work. When ever my knees or IT bands are sore I rub that gel on and the pain and tightness goes away.

You can get in at any pharmacy and it’s relatively inexpensive. Best of all, it doesn’t mess with your liver or kidneys.

The biggest lesson that I’ve learned over the past 17 years is consistency.

When setting a goal such as 1,000 miles or 3 miles per day, consistency is also important.

I was within 50 miles of my goal early in December. I could have pushed hard and hit my goal but I would have risked injury. I had too many other obligations and I just had to let it go.

This is similar to running a race. There is always a point in a race where I question how much I want it. I tell my self I didn’t train for this race, didn’t train enough period. I’m just running for fun.

Those moments of doubt and hesitation can be the difference between a PR or achieving an incremental goal and just another finish.

Large goals like 1,000 or 1,095 miles need to be chunked and each chunk needs to be met. Otherwise, you end up in December with the goal within sight but out of reach.